Cosmetic Tattoo – Should you get it done?

What is Cosmetic Tattoo and how does it work?

Cosmetic tattoo, also referred to as Micropigmentation or Semi-Permanent Makeup is a common cosmetic procedure that is well-tolerated, involving the regulated injection into the dermis layer of the skin of healthy colour pigments, instantly enhancing appearance, facial features, and a long lasting impact in most cases. This is basically a beauty treatment that determines the Eyes, brows, lips and cheeks with a soft , natural look that looks and remains as if perfectly applied.

After applying an anaesthetic to the skin, most operations are completed.   Touch-up is usually needed after the initial treatment, but not earlier than one month and as much as three months later. Dermatologists, cosmetologists, aestheticians, nurses, and tattooists are among the professionals.

Is Cosmetic and regular body tattoo the same?

In principle, they are exactly the same in that they both puncture the skin and deposit pigment, resulting in a “permanent tattoo.” But the inserted deposit process and colour depth vary. To allow for more of a shallow pigment deposit, the machines used are normally different. Usually, cosmetic tattoos do not penetrate the skin as deeply as body tattoos and usually the colours used are more suited to the face.  A regular tattoo machine has needles that pierce the skin while producing a vacuum that draws the ink into it. Another significant difference is how the ink is added to the skin. In order to add the ink, cosmetic tattoo machines operate on a rotary device that twists and slices the skin. Like standard tattoo machines, they don’t go as far into the skin, nor do they produce the same vacuum. 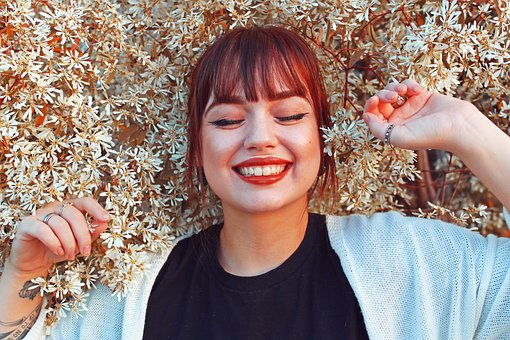 The procedures are normally secure in the hands of a professional person with appropriate training and qualifications. But with the rise of the permanent makeup industry, state regulatory authorities have not kept track, and there are plenty of unqualified individuals wielding needles.

Pigments for cosmetic tattoos are often synthetic. However, there are two types of pigments which are used. Inorganic pigments are typically metals (or oxides) produced synthetically. Iron oxides are the most abundant and, making them safe to use, are considered stable and non-toxic. People don’t seem to react to iron oxide in general.

Pigments are ground into a fine powder, which is then suspended as they need to be in a liquid state to be implanted under the skin in glycerin, distilled water and alcohol. To avoid the pigment from spreading, the size of these molecules is at least 6 microns.

How long does a cosmetic tattoo last?

Over time, all cosmetic tattoo will fade. Eyeliner tattoos appear to last the longest before needing a touch-up, lasting up to five years. It can last from two and five years for lip tattoos. Eyebrow tattoos every one to three years would need touch-ups. The tattoo should not be touched until more than 50 percent of the skin has faded to prevent over-processing. Between touch-ups, it is best to wait as long as possible.
Bright and dark will be the initial hue, settling over four weeks. Any dying and dead skin cells above the embedded tattoo will slough off during this time, exposing the real colour below, so the final result will not be visible until after this four-week healing period. Pigment particles, which are too large to be taken away by the blood capillaries, will be stuck in the collagen of the skin during this healing process. The collagen and elastin are decreased over time , resulting in a fading or blurred tattoo. If exposed to the sun or if exfoliators such as hydroxy acids and retinoids are used around the tattoo area, the tattoo will also fade more easily.

Lash Enhancement:  A semi-permanent tattoo that positions pigment along your top or bottom lash lines, not your waterline, is a lash-enhancement tattoo. The tattoo itself can be super thick or as thin as your own natural lashes, and there is no flick or extended tip on it.

Eye Liner:   Eyeliner Tattoos on the eye line of the lashes are Semi Permanent Cosmetics using tattoo pigment. The beautiful smudge free, waterproof, long lasting tattoo eyelid liner can be produced in the fine, thin, medium to thick and winged eye liner type. Though it’s called permanent eyeliner, eyeliner tattoos are only semi-permanent, which means you’ll have to have it touched up when it fades if you want it to last forever.

Lips and Lip Liner:  Lip tattoo treatments can range from a shade of lipstick to a soft rosy hue that restores the lip line to natural fullness and form. It can be used if the right colour is chosen to produce a very subtle enhancement. This is a common form of lip tattooing, typically referred to as a full lip stain or lip blush tattoo. It can can last for several years before maintenance treatments are needed.

Microblading is the creative technique of making elegant, individual hair strokes using a manual process of eyebrow tattooing.  Manual microblading is a procedure involving tiny needles instead of a tattoo gun with fine points.

In order to produce fullness, microblading covers the entire brow area, while feathering is more for those with naturally full brows that have sparse regions. A type of microblading considered to be less permanent and invasive is eyebrow feathering, or micro-feathering. Eyebrow feathering utilizes an accurate blade to cut and inject pigment into each incision minutely. This produces the presence of individual hairs in your brow where gaps and sparsity had previously existed.

To produce a powdered ombre look, Powder brows use only machine shading. Hundreds of tiny dots of pigment that mimic a light powder finish are implanted into the skin. The effects, once healed, look like you have just powdered or penciled your brows in.  For clients who want a well-defined brow tattoo, this technique is ideal. 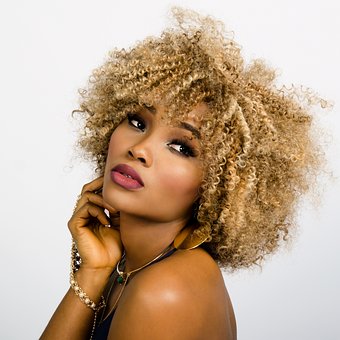 Are you suitable for Cosmetic Tattooing?

With many cosmetic tattoo options, you can basically replace much of your everyday makeup routine. Such services boost your attributes, making you look fresher and feel more assured. It is acceptable for females of all ages (usually over 18) and has several advantages and applications:

If you are thinking about getting a cosmetic tattoo, always be sure to check reviews and portfolios and NEVER get regular body tattoo on your face! Or you may fine yourself needing Tattoo Removal.  Unfortunately many people suffer regret from their cosmetic tattoos, or even bad outcomes.  If you decide Cosmetic Tattoo Removal or Eyebrow Tattoo removal is going to be the best solution for you, talk to your local professional about a consult to discuss treatment.

Laser Tattoo Removal – How does it work?

Laser Tattoo Removal – How does it work?

Does the removal of tattoo hurt? -The size of the pain and the ways...

Welcome to my Blog. Make up is my art. It's the way I use to express myself. I hope my passion will help girls bring out the best in them.